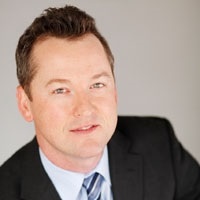 David joined Insight Alliance in March of 2013 after spending the previous two years with Merrill Lynch in Nashville. He heads the dentist/physician services division of the practice. David enjoys working with a diverse group of clients which include entrepreneurs, medical and entertainment professionals, executives, and retirees. His favorite part about what he does is the impact he gets to make in the lives of the families and businesses he serves.

He is inspired by the positive and creative nature of his co-workers and clients and really enjoys being in an environment that is supportive of this spirit. Professionally, he regularly travels throughout the southeast speaking to dental student/resident programs on financial education for young Doctors.

David also proudly played for the U.S. Revolution (The United States Australian Rules Football National Team) from 2004 to 2008. He has represented America in numerous matches in the U.S., Canada, and Australia. He is married to his wife of 9 years, Jesse Walker, a native of Los Angeles with their daughters Sophie and Gracie. In his free time, he enjoys spending time with his girls, golfing, hiking, and traveling.